Mr HIBBINS (Prahran) — My adjournment matter is for the Minister for Roads and Road Safety. The action I seek is the installation of separated bike lanes along St Kilda Road. St Kilda Road is one of our busiest cycling routes with around 2000 riders using it to access the CBD during the morning peak. It is also one of the most dangerous, with over 100 recorded crashes involving cyclists over the past five years, almost half of them from dooring. Currently the lanes, whilst they have improved over the last few years, still put riders at risk of dooring, and in several places abruptly end, leaving cyclists to mix it with traffic. Separated bike lanes are proven to increase safety and increase the number of riders, particularly amongst women.

Separated bike lanes are supported by Port Phillip and Melbourne city councils, Bicycle Network and Port Phillip Bicycle Users Group as well as many members of the community. Port Phillip City Council has put forward a costed a proposal at $12 million that would run separated lanes to Carlisle Street. A clearway would be put in place during peak hours and parking provided during off-peak hours. I understand Bicycle Network would like to see this extended to Glen Huntly Road. I also note that Melbourne City Council has put in place separated bike lanes outbound between Princes Bridge and Linlithgow Avenue.

When this was first proposed, in 2007, it was rejected by the Minister for Roads and Ports in the then Labor government. However, last year the state government did announce a study to look into separated bike lanes along St Kilda Road, which was due for completion in late 2015. In previous correspondence the minister stated that upon completion of the investigation and preparation of options VicRoads would undertake a series of community and stakeholder consultations, which were expected to occur in early 2016. However, to date there has not been any news of either the study or the consultation.

Separated bike lanes would provide a safe journey for people south of the river who ride to work and use their bikes both for commuting purposes and recreation, and they would encourage more people to ride, particularly women. 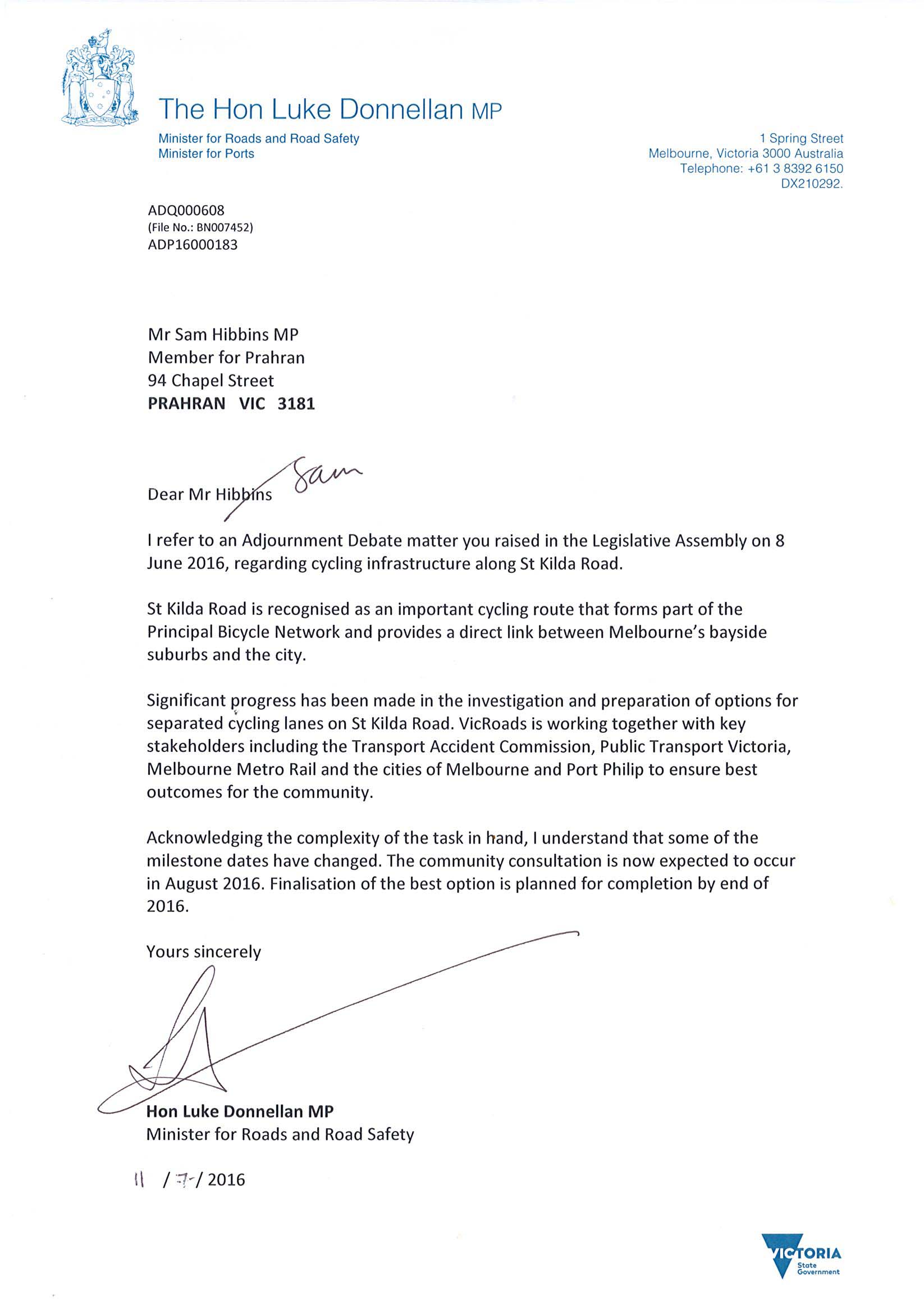 The government must improve living conditions at our local public housing estates in the Prahran electorate. My office continues to hear from countless residents about the substandard conditions in both high-rise apartments and walk-ups. At 2 Simmons Street, South Yarra, the first two floors were renovated 10 years ago, with the government...

My constituency question is for the Minister for Solar Homes, who is in the chamber today, and I ask: what is the government doing to ensure that residents in the Prahran electorate can access the Solar Homes program and increase the uptake of solar within our community? Our community wants...

This week the Greens introduced our Planning and Environment Amendment (Transition from Gas) Bill 2022 to change the ridiculous planning laws that we have in this state that force new homes to connect to gas when we know just how expensive, how unhealthy and how bad for our climate it is....

I want to congratulate our local terrific federal Greens candidates Steph Hodgins-May and Sonya Semmens and their amazing teams for their energetic campaigns, Greens Senator Lidia Thorpe for her re-election and Adam Bandt and the entire Greens team on their relentless campaign tackling climate and inequality—so fantastic to see the...