I'm pleased that over 300 local cyclists completed our Bike Safe Survey 2020, and now the results are in!

We heard that too many locals feel unsafe riding on our roads and we know that it shouldn't have to be this way!

As a commuter cyclist myself, I want to make sure that everyone feels safe riding a bike throughout Prahran.

Some of the key findings of our Bike Safe Survey: 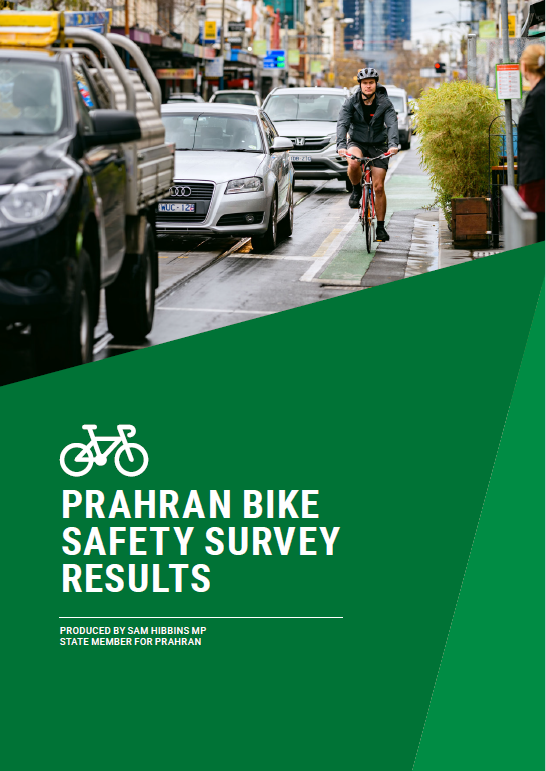 In Prahran, Melbourne and in cities across the world, more people are choosing to cycle in response to COVID-19 - despite the current lack of bike infrastructure.

It's clear that right now, we have an opportunity to transform the way we move around our community by creating more space for people to ride their bike.

That's why we have recently launched our plan to construct a Safe Bike Network for Melbourne; which would include over 300km of separated bike lanes and paths and create around 5,000 jobs in engineering, construction and manufacturing.

The Safe Bike Network would see Melbourne become a world-class city for cycling – like Paris, Copenhagen, and Amsterdam.

The centrepiece of the network would be a 20km Bike Superhighway #1 running from Coburg to Elsternwick including the key routes of St Kilda Road, Sydney Road, Royal Parade and Flemington Road.

The Superhighway would be fast-tracked with temporary infrastructure to create more space for cycling in response to COVID-19.

A safe, separated bike network for Prahran and Melbourne would:

🚲 Improve people’s health, getting us fit and active! 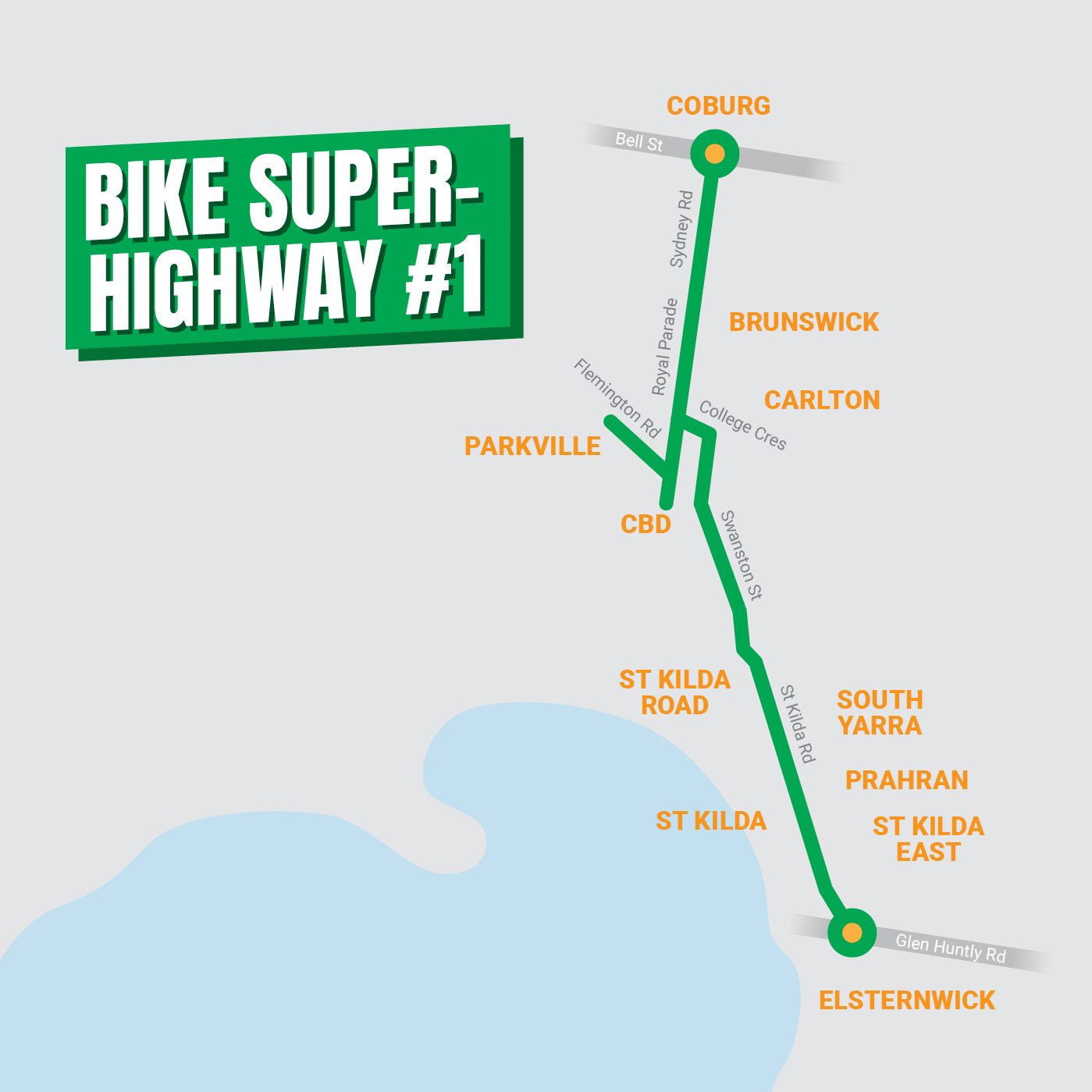 In Prahran, Melbourne and in cities across the world, more people are choosing to cycle in response to COVID-19.

Add your name below to join our campaign to build Bike Superhighway #1 and the Safe Bike Network for Prahran and Melbourne!

I will take this on the basis that the member for Morwell is not in the chamber and there is a spare crossbench slot going, unless that was to be taken by someone else. I just ask the minister for transport for an update on pop-up bike lanes within the...

I have been so impressed how the cycling community has come together to urge Melbourne City Council to continue, not delay, their rollout of safe bike infrastructure throughout the CBD. We are in a climate crisis. Transport is Victoria’s fastest growing source of emissions. We need massive investment in active...

My constituency question is for the Minister for Roads and Road Safety, and I ask: what is the latest information on the proposal for pop-up bike lanes within the Prahran electorate? In Prahran the lack of safe, separated cycling routes, particularly along Chapel Street, is regularly raised with me by...

Mr HIBBINS (Prahran):  I rise to speak on behalf of the Greens to the Transport Legislation Miscellaneous Amendments Bill 2021. It is always good to be up and speaking on transport bills and bills that relate to my portfolio area of transport. Now, this is an omnibus bill that makes a...