Mr HIBBINS (Prahran) — My adjournment matter is for the Minister for Planning. The action I seek is for the minister to remove the Punt Road acquisition overlay. There is currently a planning panel looking at removing, amending or retaining the overlay. Information submitted by VicRoads makes it clear that continuing with the overlay and pursuing a road widening would be an expensive, destructive and pointless exercise.

It will be expensive because the estimated cost for the road widening is half a billion dollars, money that should be used to invest in public transport options and managing the existing road network. It will be destructive because 130 properties would have to be taken to widen Punt Road, with many homes destroyed, including some buildings with heritage value and a local pub. It will have negative impact on local amenity, making residents' access to schools, parks, shops and services more difficult. It will be pointless because in VicRoads's own words, Punt Road volumes would increase significantly under the six-lane concept when compared to the base case, as additional demand is attracted to the corridor.

VicRoads's own projections show a 65 per cent increase in traffic along Punt Road with a road widening and only a marginal improvement in travel times of 4 kilometres an hour in the morning peak — that is $125 million per kilometre an hour. This is all based on VicRoads's projections, mind you, that suggest that after years of declining traffic on Punt Road we are suddenly going to have a massive growth in the number of cars on our roads. The projections need to be looked at very carefully.

I accept that acquisition overlays can be a tool to use to reserve private land for public use. In Stonnington we use them to reserve land for parks and open space as part of our planned and funded open space strategy, but to have an overlay on for 50 years for an unplanned and unfunded project that, if put in place, would be an expensive, destructive and counterproductive folly is not appropriate. The Punt Road area is not just a road that people drive through that needs to be widened at all costs; it is an area where people live, go to school, play in parks, walk along and visit family in hospital or in aged-care homes.

There is a good alternative. VicRoads currently owns around $19 million worth of assets along Punt Road. Some of these could be sold off to invest in Punt Road improvements — an improved route 246 bus service that links in with other services for an inter-city orbital route, modern bus stops with real-time electronic timetable displays and amenity improvements such as street trees and park benches, which are lacking in the area. Half a billion dollars could and should pay for increasing capacity on our train and tram network by upgrading our outdated rail signalling and providing new and upgraded stations, rolling stock and line extensions and an integrated transport network where tram lines and bus routes link up with train stations.

Much of the Punt Road area is in a residential growth zone. Removing the overlay would result in improved street frontages and the retention of heritage buildings and modern urban developments that cater to sustainable transport and add to the local amenity rather than vacant blocks and un-renovated homes. That would be a good future for Punt Road and the surrounding area. 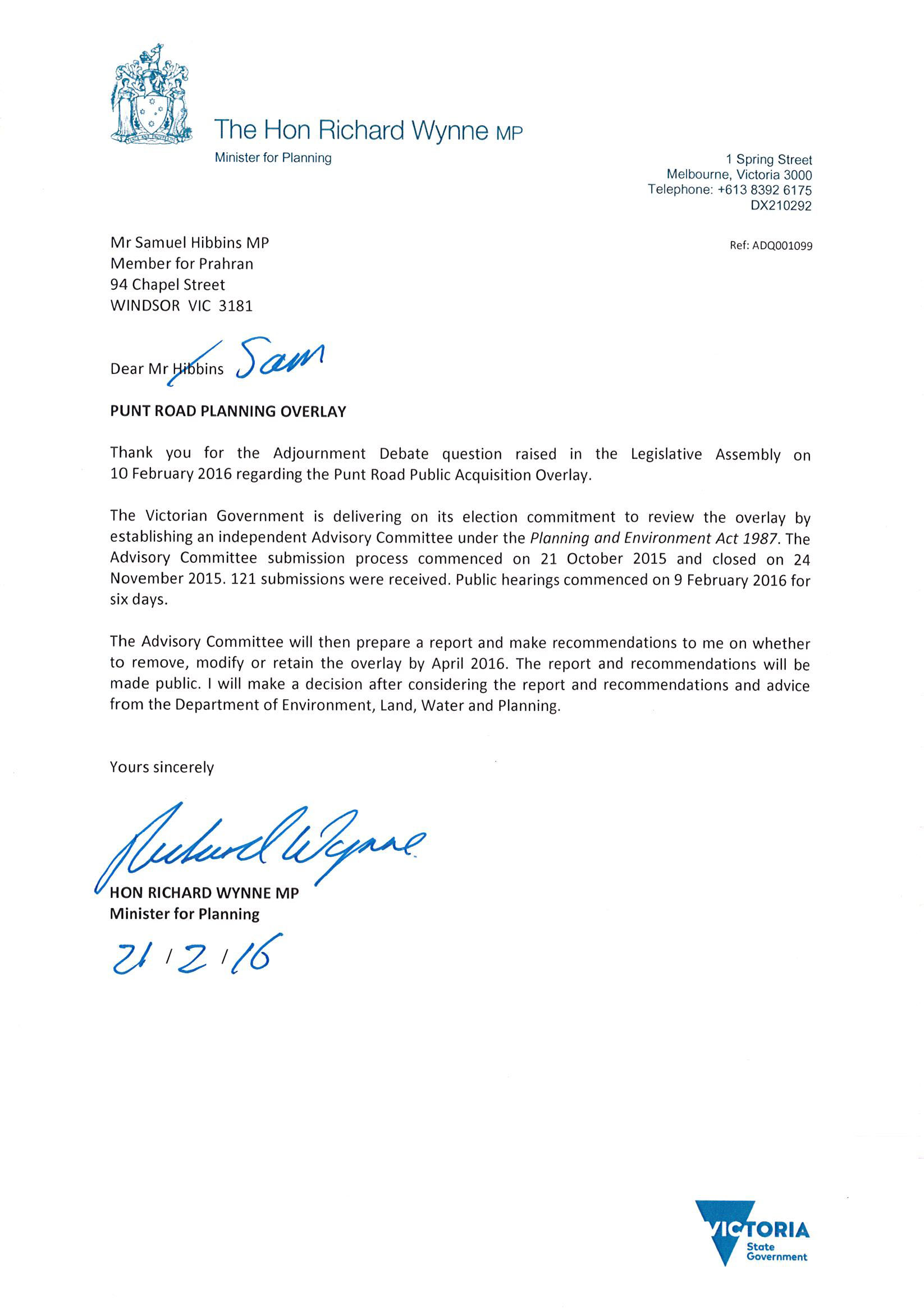