in the media: Stonnington commuters call for improved train timetables

Prahran state Greens MP Sam Hibbins said there were ongoing issues with unreliable train services at Toorak, Hawksburn and Armadale stations and his office had received a number of complaints from frustrated Stonnington residents.

“Number one, the service levels have been unacceptable. The problems have only got worse (over time),” Mr Hibbins said.

A lack of peak-hour ­services, overcrowding on carriages, and service unreliability and delays were among the most common grievances, he said.

In a letter to Public Transport Minister Jacinta Allan, Mr Hibbins asked for details on how PTV planned to ­address these issues and said the development at 590 Orrong Rd, Armadale, would lead to more commuters and compound existing problems.

“When you’ve got a very large development right on the border of the station, it’s just going to exacerbate the issue. (They need to) provide increased services for these three stations in the new timetable being introduced later this year.” 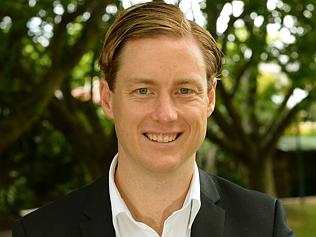 Acting Public Transport Minister Luke Donnellan said patronage on Melbourne’s train networks had doubled in the past 10 years and the promised Melbourne Metro Rail tunnel would meet the high ­demand for services .

“(It) will enable more frequent and reliable train services on every line, including the Cranbourne-Pakenham and Frankston lines through Stonnington.”

He said the new tunnel would be the biggest overhaul of the train system since the City Loop.

The government must improve living conditions at our local public housing estates in the Prahran electorate. My office continues to hear from countless residents about the substandard conditions in both high-rise apartments and walk-ups. At 2 Simmons Street, South Yarra, the first two floors were renovated 10 years ago, with the government...

My constituency question is for the Minister for Solar Homes, who is in the chamber today, and I ask: what is the government doing to ensure that residents in the Prahran electorate can access the Solar Homes program and increase the uptake of solar within our community? Our community wants...

This week the Greens introduced our Planning and Environment Amendment (Transition from Gas) Bill 2022 to change the ridiculous planning laws that we have in this state that force new homes to connect to gas when we know just how expensive, how unhealthy and how bad for our climate it is....

I want to congratulate our local terrific federal Greens candidates Steph Hodgins-May and Sonya Semmens and their amazing teams for their energetic campaigns, Greens Senator Lidia Thorpe for her re-election and Adam Bandt and the entire Greens team on their relentless campaign tackling climate and inequality—so fantastic to see the...