As a local Sam has experienced first-hand overcrowded trains leaving commuters stuck at the station unable to board, whilst express trains with excess capacity pass through the stations.

Update (November 2016): Sam presented the petition to retain the temporary timetable in the Victorian Parliament however the state government has reverted to the old timetable following the completion of level crossing works. You can read about it here.

Update (March 2016): You may have noticed peak hour services are now running every 5 minutes during morning and afternoon peak.

However, this improvement is only temporary until level crossing removal works are completed and express services will resume forcing you to wait up to 12 minutes between peak-hour services once again. 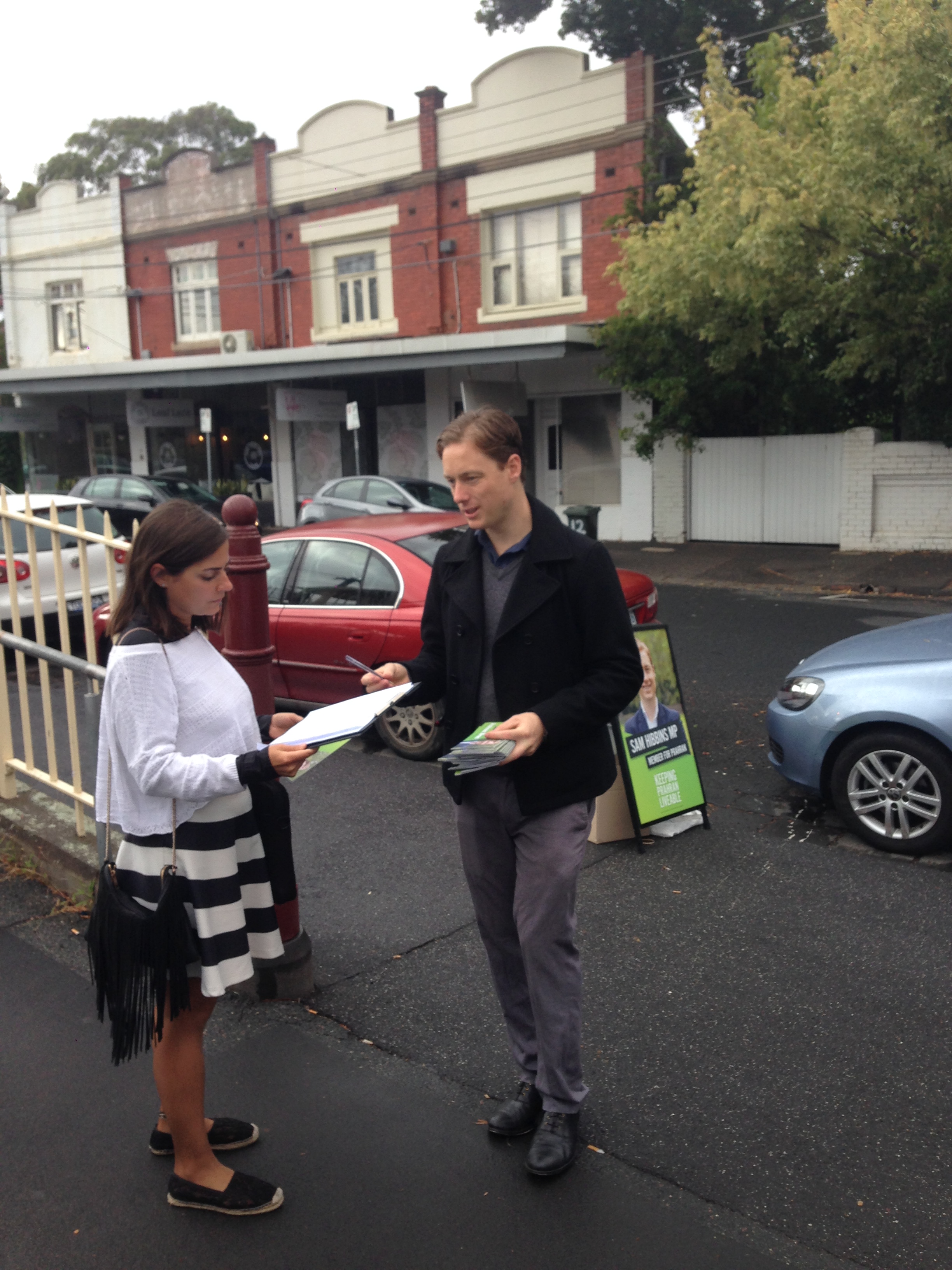 Mr HIBBINS (Prahran):  My constituency question is for the Minister for Public Transport, and I ask: will the government urgently increase peak-hour services and improve reliability on the Frankston line for passengers at Hawksburn, Toorak and Armadale stations? Commuters using those stations have had to put up with a shocker of...

Mr HIBBINS (Prahran) — I rise to speak on the budget on behalf of the Victorian Greens. It is unfortunate that this budget has been handed down under a cloud — over this government and over this Parliament — because of this government's failure to do what is necessary and what is right about the rorting of...

My adjournment matter is for the Minister for Public Transport, who I note is in the chamber at this time. The action I seek is for the minister to meet with commuters at Toorak, Hawksburn, Armadale and South Yarra stations to discuss ongoing issues with lack of services, unreliability and overcrowding...