Mr HIBBINS (Prahran) — My adjournment matter is for the Minister for Roads and Road Safety. The action I seek is for the minister to invest in cycling infrastructure in the Prahran electorate. Quality bike infrastructure is essential to a livable city. The sun is out, and increasing numbers of residents in Prahran want to cycle to work and get around our community. To facilitate this we need to invest to make cycling safer and more convenient, particularly for women. There are plenty of opportunities to do this in Prahran.

The St Kilda Road separated bike lanes proposed by Port Phillip and Melbourne councils would make one of busiest routes safer and encourage more people to ride. Recent peak-hour bike lanes installed on High Street are a welcome inclusion. Having often commuted down this road from Prahran East, they are something I had been calling for for many years prior to my election. I have noticed an increase in the number of riders along this route since the lanes were put in, although I have had some concerns raised that they are a bit too narrow. These lanes could now be replicated along Malvern and Toorak roads for east–west routes and along Williams and Orrong roads for north–south connections.

Train stations in the Prahran electorate need secure bike parking cages. According to Public Transport Victora data South Yarra is the most cycled-to station in Melbourne, but commuters are forced to attach their bikes to railings out the front of the station, where it is already overcrowded with pedestrians.

Melbourne Bike Share is an under-utilised form of transport in Melbourne. Bike sharing is a success in just about every city apart from Melbourne. The previous government promised it would expand Melbourne Bike Share into inner city suburbs, and Stonnington council endorsed this approach, but the plan was shelved after the state government refused to subsidise the scheme. The government must now reinvigorate the Melbourne Bike Share scheme by expanding it to places like Chapel Street and integrating it better with public transport. I have often seen the blue bikes at places like Prahran Market and as people ride them along the Yarra, which is quite a distance from the nearest station, so there clearly is a demand.

Finally, the government must work closely with local government to deliver on a shared vision for better cycling and address problem areas, such as Chapel Street. Over the years we have seen a number of bike plans, strategies and maps from the state government. What we need now is investment in cycling infrastructure, which will make Prahran a more livable and sustainable community, reduce congestion and overcrowding on our roads and public transport and improve people's health and wellbeing. 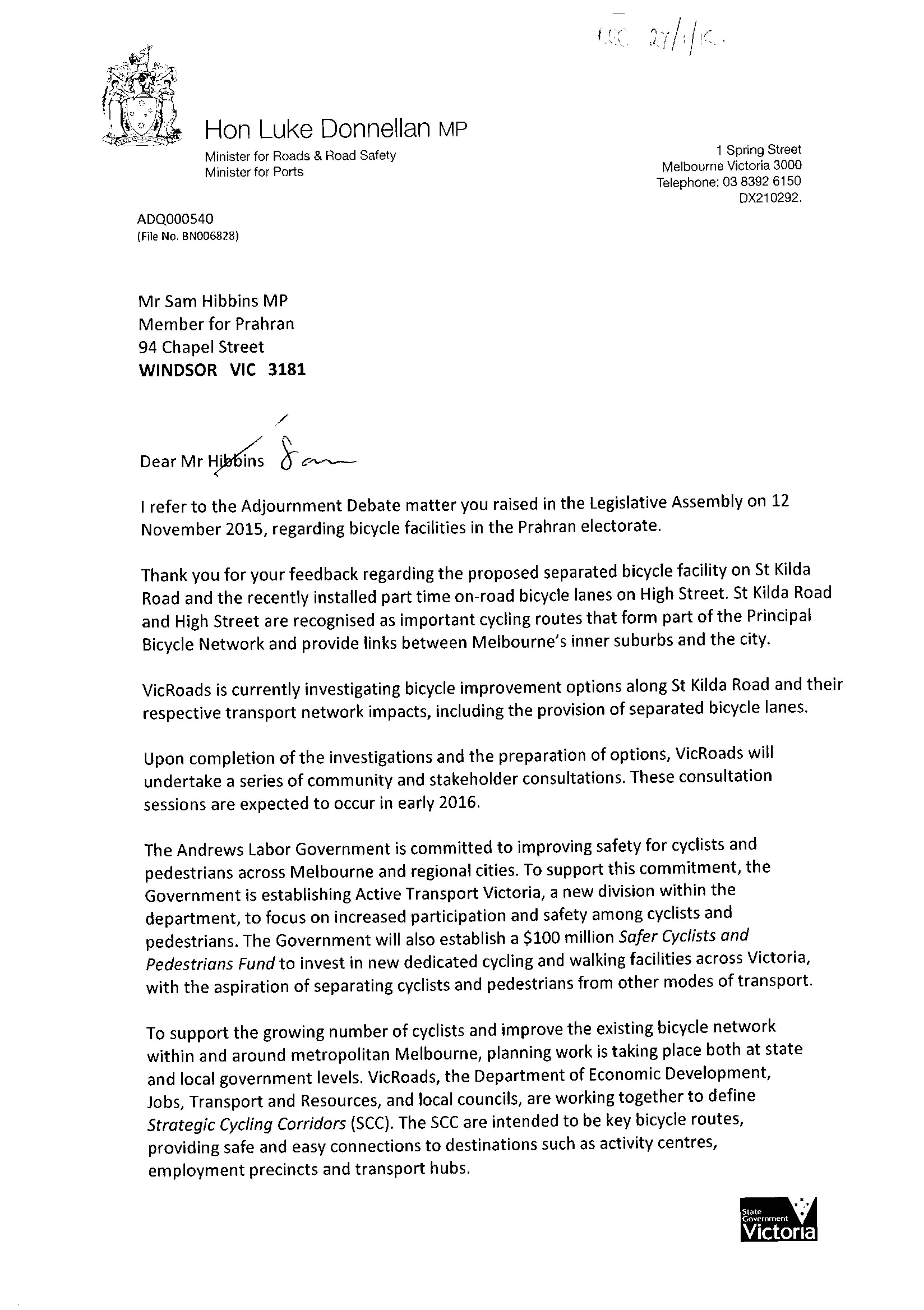 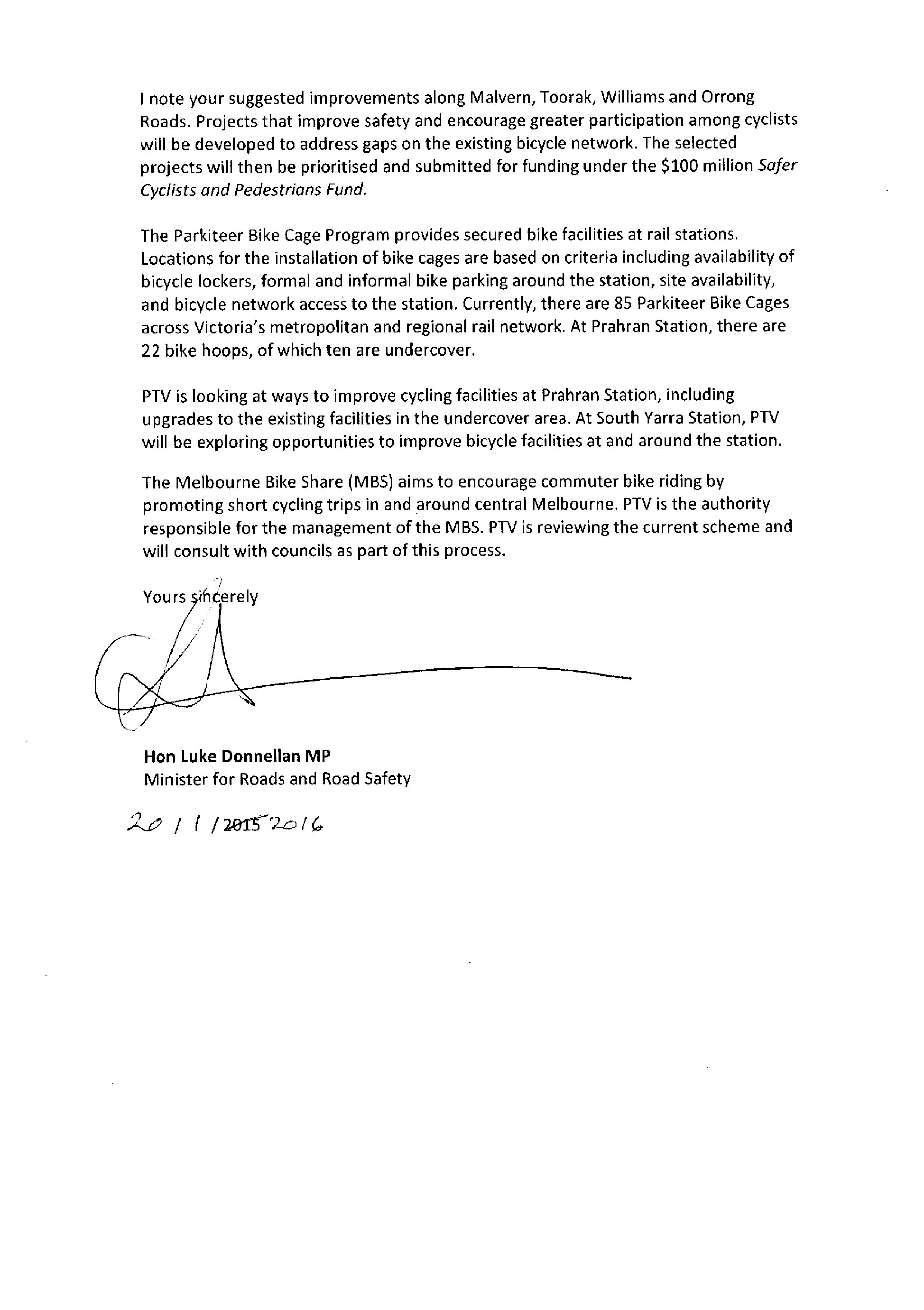